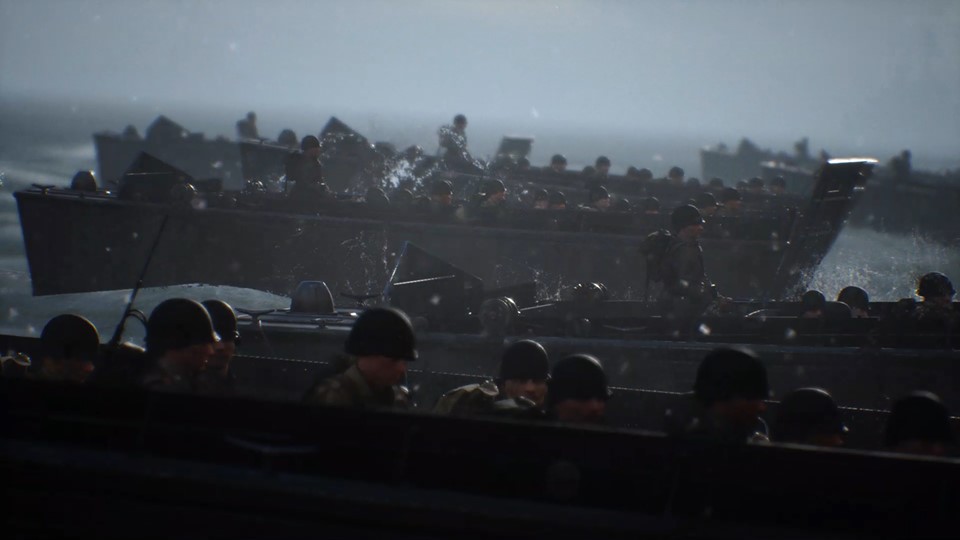 New gameplay features, bipods, weapon ranging, 3D scanned uniforms, new weapon models and more to come in our next live playtest session that will be held on Twitch and Youtube Gaming with all your favourite content creators.

In the meantime, you can join the conversation on Discord and Steam where you can already add PS to your wish-list and be the first one to know about further updates.

– 5 maps for a total of 140 km² of authentic playable area
– 3 game modes, such as “Offensive”, “Stratagem” and “Sandbox”
– More than 40 faithfully recreated vehicles and 50 authentic weapons
– British & German factions, including the 1st Airborne Division, XXXth Corp, Waffen SS and the Wehrmacht
– The entire western vicinity of Arnhem in 1944 and Arnhem city center with its famous bridge too far
– Source Development Kit for you to add or modify content.

Post Scriptum is a WW2 simulation game, focusing on historical accuracy, large scale battle, difficult learning curve and an intense need for cohesion, communication and teamwork. Players will relive the events of ‘Operation Market Garden’ across the fields and towns of Holland. This massive Allied assault consisted of a coordination of the British and American Airborne to capture key bridges while the British XXXth Corps moved to reinforce them through Highway 69. However, consecutive delays in consolidating ground from the north of Belgium through Nijmegen forced the 1st British Airborne Division in Arnhem to make a stand much longer than anticipated. With no successful link between the XXXth Corps and the Airborne in sight, the seventh and final bridge in Arnhem was considered lost.

‘The Bloody Seventh’ is our name for the initial focus of the project as we feel it succinctly details the struggle that the British paratroopers had to endure while waiting for their army counterpart to establish a link through the lower Rhine.

Players will be given the option to fight with the British Airborne Division, British XXX Corps or several branches of the German Army, such as the Wehrmacht or the Waffen SS. It’s a rare opportunity to experience the intense battlefield that was the Battle of Arnhem, which stretched across farms, woods, villages and city areas. Each area is being accurately recreated from archival references that range from street level to aerial images. Whether you’re jumping out of a plane, resupplying friendlies or operating a tank you will find multiple reasons to drop back into the battlefield in this grand scaled representation of a WW2 setting never explored in a large multiplayer environment.

What is Hell Let Loose?

You’ve never played World War 2 the way it was meant to be played… with lumbering tanks dominating the battlefield, crucial supply chains fueling the frontlines, being a cog in the machine of colossal combined arms warfare. Hell Let Loose puts you in the chaos of war, complete with deep player-controlled vehicles, a dynamically evolving frontline, and crucial platoon-focused gameplay that commands the tide of battle. This is a simulation of war… not an arcade arena shooter.

On paper, Hell Let Loose is a realistic multiplayer World War Two combined arms first person shooter of open battles of up to 100 players with infantry, tanks, artillery and a shifting front line. At it’s core is a unique resource-based strategic meta-game that is easy to learn, but hard to master.

Built on Unreal Engine 4 for Windows and distributed via Steam, read on to discover why our World War Two title stands apart from the competition:

Featuring sweeping 4km² maps, the entire battlefield is divided up into large cap sectors – allowing for emergent and constantly unique gameplay that pits two forces of fifty players in a fight to the death across fields, bridges, forests and towns on an ever-evolving front line. When a sector is captured, it will generate one of three resources for your team, creating a complex meta-game that will influence your team’s march to victory.

Do you push to capture the enemy fuel depot, depriving them of the ability to reinforce their vehicles faster? Or do you defend your munitions depot, allowing you to continue a brutal naval bombardment? Do you flank and take several sectors in an effort to starve them of infantry reinforcements? Each decision at every level will affect your team’s fighting power and ability in the field.

I’m tired of big promises that are never fulfilled. Will this game ever see release?

We feel the crowdfunding fatigue as much as you do. As backers of several enormous and ambitious projects that never lived up to the hype, we decided that we would only begin our Kickstarter campaign once we had a playable client from end to end. That means launching the application, connecting to a server and actually playing the game at an Alpha level of quality. We’re thrilled that we can do all those things, and that all funds from this Kickstarter will go towards fleshing out and widening the scope of what we feel is already a deep experience.

Isn’t this the same as every other World War Two FPS?

As a team of realism and World War Two fans, we’ve always found there to be a profound lack of innovation in the first person shooter genre. Each World War Two game is either a run-and-gun blockbuster that places self-progression first and teamwork last, or it’s a remake of a classic title.

We have always felt that the genre could be pushed so much further – incorporating vehicles, open world battlefields, deployable fortifications, teamwork and realism all wrapped up in the beautiful graphics of a modern engine. This is not a World War Two title of last decade.

We’re removing all the modern gameplay incentives that we feel focus the entire experience back onto the individual. How many kills can you get? What perks did you unlock? Which gun did you unlock? How do you build a team-play based game on a foundation in which all players actively want to succeed alone? This seemed very counterintuitive to us, as successful warfare is waged only as a coordinated force.

When reading veterans accounts of battle throughout history, there is a profound selflessness and camaraderie in fight for the men at your side. To reframe this modern day game design, we’re placing all emphasis on a team victory. But how is victory achieved?